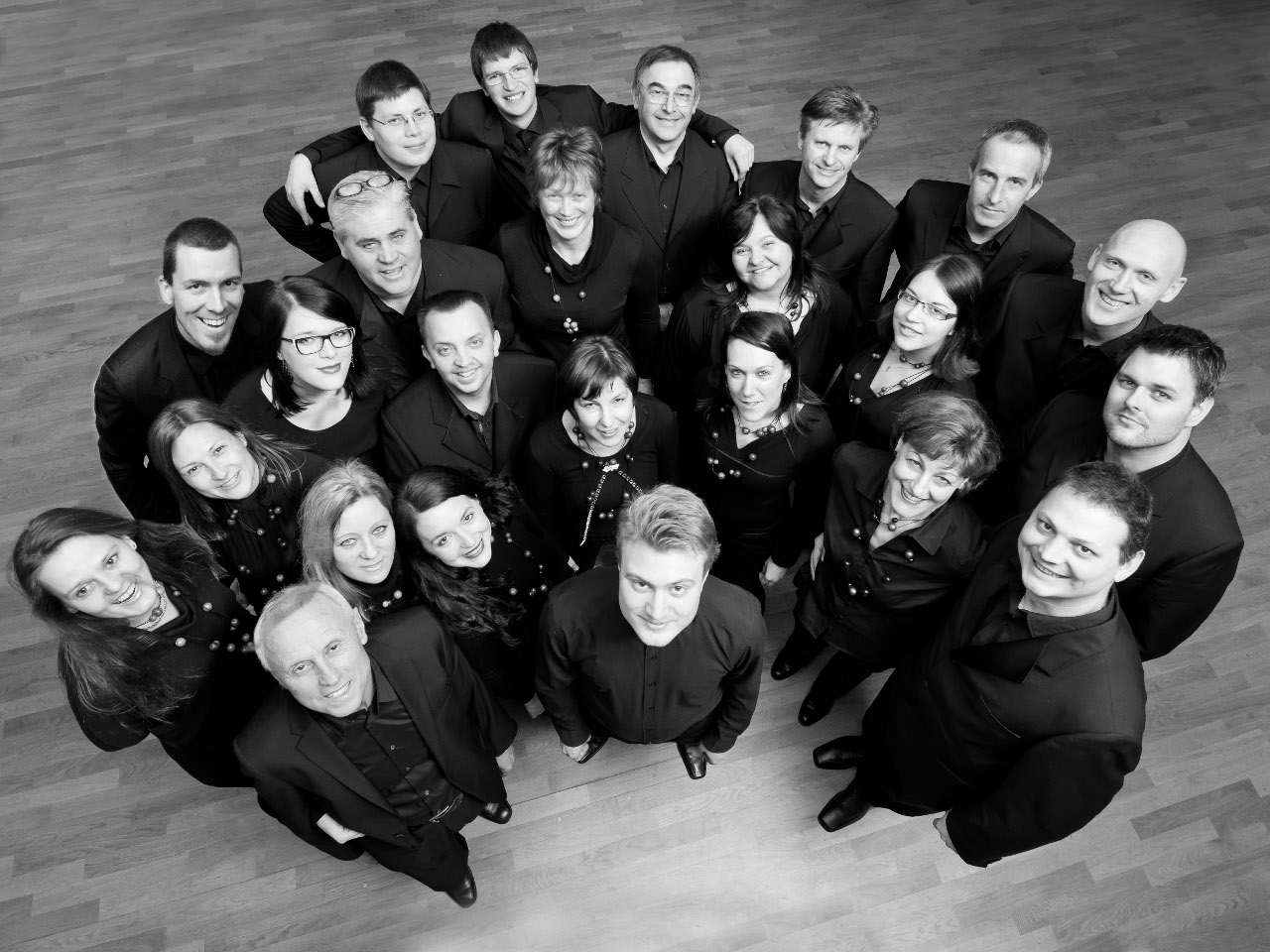 Ipavska Chamber Choir is a group of singers that continue the long tradition of choral singing in the upper Vipava valley, in the west of Slovenia. Starting as a modest vocal group, it has grown into a choir with over thirty singers coming from all parts of the valley.

The repertoire of the choir includes various musical works, ranging from Slovene folk music to sacred music including demanding contemporary choir pieces composed by Slovene as well as foreign composers.

The singers want to present their quality and ambition by performing new pieces of music written both by Slovene and foreign composers.

The choir presents its quality by performing in concerts as well as by attending various competitions at home and abroad.

The choir is a regular guest at Primorska poje festival.

In October 2003 Ipavska entered 35th CERTAMEN CORAL DE TOLOSA, the international Grand Prix competition in Tolosa, Spain, and was awarded 3rd Prize in the category of polyphony and came fourth in the category of folklore. It was on this occasion that Mr Christian Balandras invited the choir to attend 33rd FLORILÈGE VOCAL DE TOURS in May 2004, where among numerous excellent choirs Ipavska performed in the finals of one of the most prestigious choir competitions worldwide. The choir entered yet another Grand Prix competition and that was Concorso Internazionale di Canto Corale 2005 in Gorizia, Italy. Winning 5th place in the category of polyphony was again proof of the choir’s quality.

In May 2007 Ipavska took part in the 6th International Choir Competition in Zadar, Croatia, and won the first prize, Nun Čika’s Golden Cross, which is given to the best choir of the competition. The choir and its conductor, Mr Šček, were also awarded a special prize for the best performance of a composition written by a Croatian composer.

The choir has released their first CD Ipavska in November 2003, presenting some choral pieces written by Vytautas Miškinis and the famous Requiem by Gabriel Faure.

In November 2005 the choir released Primorske ljudske, a CD containing music which is closely connected with the region of Primorska. The CD presents the folk music of the region of Primorska arranged by composers that come from this region only. Some of the pieces recorded on the CD are very popular with the majority of choirs, some might be slightly less familiar, but Ipavska is very glad to contribute to the tradition of folk singing by recording certain newly arranged pieces.

Ipavska Chamber Choir wants to cherish the art of choral singing and share the wonderful musical experience with all the people that let the music fill their hearts.